For me, life’s been pretty good lately. But, sadly, the same cannot be said for our last few sauces. Since, as much as I liked the taste of rocoto in The Wicked Chilli’s Roco Loco, it still didn’t express the pepper’s unique heat as well as I’d hoped. And the other two that I tried these last couple of weeks were similarly disappointing.

So, this time around, I think I’m going to play it safe with a company who’ve already really impressed me once before: Balefire.

We saw their Get Schwifty a while back and, aside from the name, I thoroughly enjoyed every aspect of that sauce. So, today, I’m going to take a look at two more in the hopes that their Tortuga and Critical Masala are just as stunning.

END_OF_DOCUMENT_TOKEN_TO_BE_REPLACED

Hey there, everybody. It’s time for another review and, today, I’d like to try some more mango sauce. Given that I didn’t get my full fix, last week.

With that in mind, I’d like to crack open a couple of freebies that I recently received, from Chilli Bob’s:

His Spiced Sticky Apple, which is new to me, and his Burmese Mango, which is anything but.

I first tasted that second sauce back in february, during a brief stint of judging for the North East UK Chilli Heads Facebook group’s product awards. Twenty-something chilli condiments graced my desk, that month, all filled with fruit, but this one, in particular, stood out. And, if the company hadn’t sent me a bottle, I’d definitely have had to buy one.

Why? You’re going to have to read on to find out.

END_OF_DOCUMENT_TOKEN_TO_BE_REPLACED

Arrr, me hearties, it be talk like a pirate day again* an’ the sun be o’er the yard arm somewhere.

Which spells good winds fer this ‘ere recipe, as we’ll be hittin’ the grog hard in a mo’.

Yer see, today’s bounty hails from the pirate isles an’ were plucked from me hold fer her thematic relevance. She be laden t’ the brim wi’ enough rum an’ pineapple to satiate any sea dog or marooned scallywag!

She be a real blossomin’ beauty, this un!

END_OF_DOCUMENT_TOKEN_TO_BE_REPLACED

Greetings, spice lovers, today is talk like a pirate day again* and I’m sure it’s late enough to drink somewhere in the world.

Which is good news for this particular recipe, since we’ll be using a fair bit of booze.

You see, today’s treat comes from the caribbean and was chosen specially for its connection to today’s theme. Since it features both rum and pineapples – Favourites of pirates and castaways, alike.

Indeed, those are the main ingredients of today’s golden, spice-glazed fruit.

And it’s a face-reddening delight!

END_OF_DOCUMENT_TOKEN_TO_BE_REPLACED

Hey folks, it’s fresh chilli season again and that means that it’s time for padrons. Mountains of them, week after week, fried up to share with my family.

But what happens when one of my suppliers sends the peppers fully grown, with far more heat than the usual, early-harvested sort? What do I do when they’re too spicy for everyone else?

I can, after all, only eat them so quickly by myself. And they don’t stay fresh forever.

So, today, we’re going to look at a recipe that I concocted to make use of the last, extra hot, green padrons, before dehydrating the red for powder. A recipe inspired by the Reddit user PintSizedHerzl, who made something similar, yet with far less focus on the spices, and has had me eager to try out my own take for quite a while now.

A recipe for padron-topped macaroni cheese, which I finally have a good excuse to use my peppers on. Here goes: 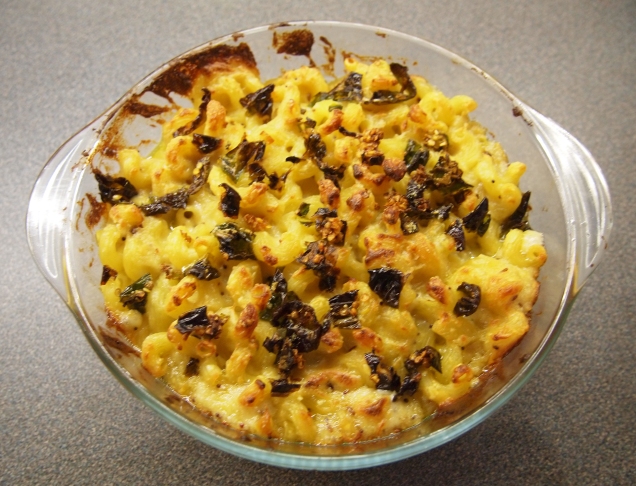 END_OF_DOCUMENT_TOKEN_TO_BE_REPLACED

Hey folks, it’s sunday and you all know what that means. It’s recipe time again.

Given everything that’s been going on this month, though, I wanted to keep my april recipe simple and use only items that I had on hand. Since, you know, going out for ingredients more than you need to is a bit irresponsible right now.

So, with that in mind, I thought I’d revisit the idea of brownies and spice them up in a whole new way. One that’s a bit more about the spices and a little less about the infusion of superhots.

I have, after all, been wanting to play with pink peppercorns for quite some time.

END_OF_DOCUMENT_TOKEN_TO_BE_REPLACED

Hey there fiery food fans, this week, I’d like to take a more thorough look at a couple of sauces that I’ve already mentioned. A pair from Bauce Brothers’ Hot 100 list:

If you haven’t seen that list, go give it and my reaction post a look. Then come back here to read my full thoughts on Glenroy’s Bunkum Bay Hot Sauce and Hot Face’s Scorpion Scorcher.

Two sauces without much other connection.

END_OF_DOCUMENT_TOKEN_TO_BE_REPLACED

Hello again, everyone, and welcome to what could almost be called a follow up to the apple tart recipe that I posted two days ago.

Don’t worry if you haven’t read that one, though. It’s not a requirement for this sauce review. Just a dish that I made to go with it.

No, if there’s one thing that you should know beforehand, it’s The Prodigy’s hit song from nineteen ninety seven. Because what we’re looking at today is Devon Chilli Man’s tribute to it: His Smack m,Peach up!

A sauce that I’ve long been meaning to talk about, since it’s the only one that I’ve found with Jay’s famous Peach Ghost Scorpion – A chilli once thought to be a potential candidate for the world’s hottest.

But, before I dive in to talking about the product and its pepper properly, I just want to quickly clear up a misconception about the song for which it was named. Since, if the lyrics are taken literally, it sounds a lot like it’s advocating domestic abuse.

Smack My B🔥🔥ch Up is, as I only discovered when researching for this very post, code for getting one’s fix. Normally one’s fix of a different sort of smack but, in the case of this sauce, it’s sweet, superhot chilli instead. A subtle mention of its addictiveness, hidden within reference to the music of my youth.

Not that I was ever a fan of hard techno.

Does it live up to that meaning, though? Is it good enough to cause addiction? Will it cause the rush of endorphins often referred to as a “chilli high”? Does it even contain peaches?

Well, I can answer the last of those now – It most definitely does – but you’re going to have to read on for the rest.

END_OF_DOCUMENT_TOKEN_TO_BE_REPLACED

Hey folks, it’s the last weekend of the month and that means that it’s recipe time!

This month, however, I’m splitting my recipe in two. A post for 🔥 the vodka that I’m using as a heat source 🔥 and then this one for the main recipe.

And, also unlike my other recipes, I’m going to recommend that you don’t read on unless you’re above legal drinking age. This one uses alcohol and, while we will be setting fire to it, that only increases any risks.

It certainly won’t all burn off or evaporate like the rum in Dorset Chilli Shop’s lava cake.

If, however, the idea of spiced, flaming panna cotta with a burnt sugar topping appeals to you and you’re old enough to at least feign responsibility, go right on ahead.

END_OF_DOCUMENT_TOKEN_TO_BE_REPLACED

Alright, everyone, if you’ve been paying attention to my twitter account (@spicefreakblog) then you might already know that I recently got another bottle free from The Chilli Alchemist.

This time, however, it’s not a review sample. Their latest gift came with any purchase at Reading Chilli Fest because the product in question has been discontinued. They are nolonger making their Elixir Orientem.

So, while I have been enjoying that sauce on my macaroni cheese, it’s not what I’m here to talk to you about today. No, today’s product is the new one that takes its place:

Their mango and aji amarillo chilli sauce, quite simply named “Aurum” after its golden colour.