Greetings, my fiery friends. It’s time for another weekend bonus recipe. A recipe that’s just too simple and product specific to take the main spot of a month but one well worth sharing, nonetheless. 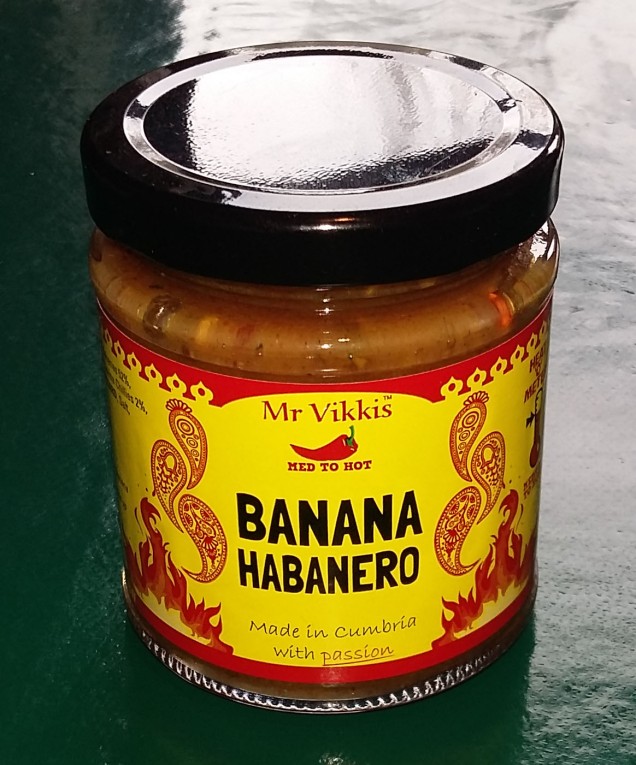 But, before we get into how it’s made, there’s something I’d like to say about the product itself.

When last I tried it, I was shocked by the heat of this sweet pickle. I rated it a three out of ten, despite my previous jars only warranting a one. That batch was far stronger than expected and now I know why.

On his very latest packaging, Mr. Vikki doesn’t state the chilli as “Habanero” anymore. He lists it as “Red Savina”, a pepper with almost twice the peak heat of your average hab and an even greater difference in its average.

He changed the recipe and its firepower skyrocketed.

Not to worrying levels, of course. My three is the low end of hot or the very top of medium. It is, however, still triple the rating I’d’ve given his previous batch. And, at the time, there was no change to the labelling.

But does this bother me? No, not really.

Why? Because the product was always intended to fill that spot in his range, being marketed as something in between medium and hot. And because the red savina is, in fact, a sub-strain of habanero, much like the orange, chocolate, big sun or paper lantern varieties.

The ingredients were technically accurate even before this latest change to the packaging.

Yet I’m still quite pleased to see an explanation for that heat increase and have brought it up because that three out of ten was something of an anomaly. Both the last of those with the old label and this newest batch have struck me more as a nice medium

meaning that I need to alter my old review accordingly.

What I will not be changing, though, is anything I said about its taste. The habanero flavour has always been present to some degree in the Banana Habanero Pickle but never strong enough that I could tell you its type.

In flavour it remains completely unchanged and as delicious as ever. So much so that I chose to revisit it for a mini recipe.

The other ingredients you will need are:

And that’s it. In terms of ingredients, this is a very simple recipe, using bananas in place of milk, sugar, butter and flour to create a gluten and dairy free take on pancakes but I’m not doing it for dietary reasons. I’m simply doing it because I love the flavour of cooked bananas.

And I’m adding a heaped tablespoon of Mr Vikki’s Banana Habanero pickle to liven it up a little with some indian spice notes, while still keeping banana the main ingredient.

What I will say is, though, do not use green bananas. Do not use even slightly green bananas. In fact, for the best possible flavour, you want them a good deal browner than what I have in my picture. Ideally, you’d want them past the point where they’d be edible raw.

But yellow will work well enough.

Now mash your banana and pickle together in a bowl, getting the mush as fine as you can (there will be chunks, don’t worry).

Then, beat in the egg until its nice and fluffy.

Heat oil in a pan and fry a portion of your batter on low. When it reaches the point where you’d normally flip pancakes, keep frying. These ones have no flour to hold them together so need to be extra firm to not fall apart. 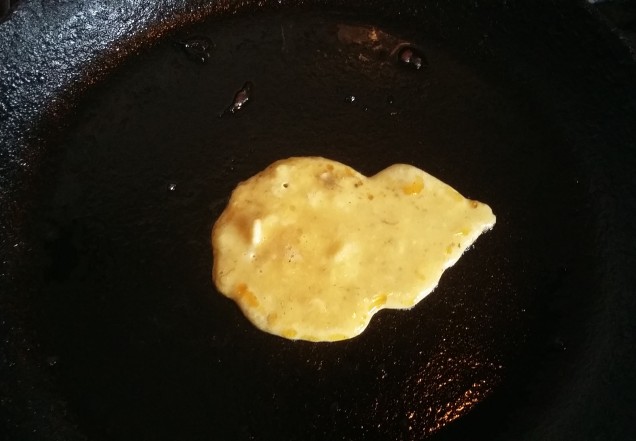 And then, once you’ve flipped them, fry for a minute or two more before serving up like so: 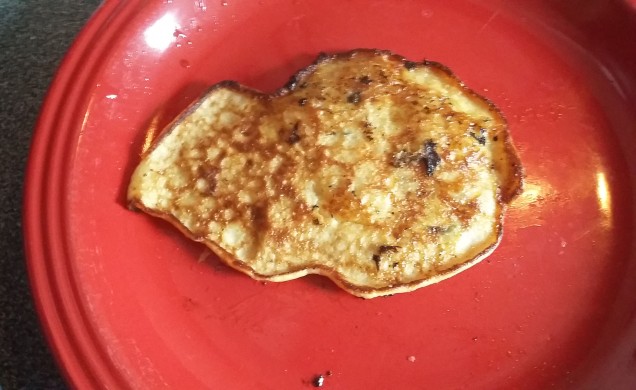 As you can see, even though I know what I’m doing, I only got one good looking, whole pancake from my entire bowl of batter. These are tricky to get right but still just as delicious if they do fall apart.

And they should be enjoyable by all, with what I’d call the very bottom of a

alongside their nice, gently spiced but oh so bananary taste.

A little breakfast treat that will fit most dietary needs but is still great for the rest of us, without them.