Hello again everyone and happy white day! I know I’m technically a day late for japan’s most chocolate-themed holiday but that’s just how my schedule panned out. And don’t worry, I’ve got the goods:

Boom Sauce’s Fix Up D’Heat chocolate and the trinidadian-style hot sauce from which it gets its name. Based on an old family recipe.

Today, I’m going to start with that sauce, so that I really know what I’m looking for when I taste it in the chocolate. So it only makes sense to take a closer look at its bottle:

END_OF_DOCUMENT_TOKEN_TO_BE_REPLACED

So, folks, I talked a bit about Carrington’s Flaming Chup in last week’s harissa review and I thought that that would be a great excuse to follow up with another of their products, today. A post on their Chillichup, which I’ve had in reserve for a while.

Then Encona came along, however, with an even more ketchup-y rework of their old “Carolina Reaper Sauce”. And I just couldn’t do it.

Two ketchups in a row was too much. So, instead, here are couple of other sauces that I’ve had on the back burner for a bit. The original and chipotle versions of Ooft!, from Island Girl Ltd:

Another small company, run by a couple in scotland, using an old, trinidadian family recipe. Though not, perhaps, the mustard-based one you might expect.

No, today’s sauce gets its extra zing from a large, white radish, known as either daikon or mooli, depending on your region. And that, my friends, is utterly unique.

I’ve never seen that ingredient in any other chilli product and I’m very curious to see what it does for Ooft!

END_OF_DOCUMENT_TOKEN_TO_BE_REPLACED

How’s it going, everyone? It’s tuesday again and, this week, I want to revisit a concept that I first stumbled upon two months ago: The idea of hot sauce for kids.

Because, as it turns out, Hot Pods’ Mild Beast isn’t the only attempt at such a child-friendly product. Our old friend, Michael, from Price’s Spices, makes something rather similar.

This is his Junior Sensation: 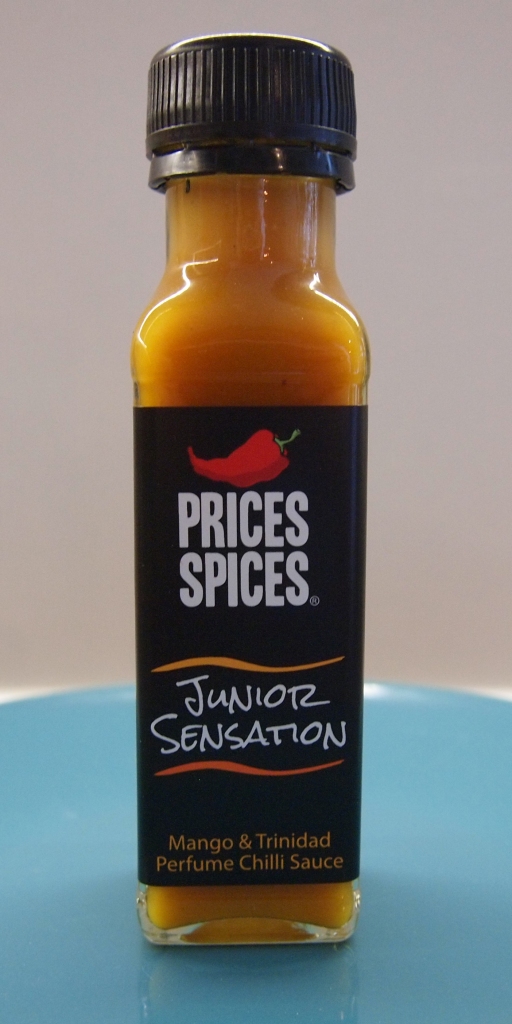 A gentle blend of mango and the oh so mild trinidad perfume pepper.

A pepper that’s commonly used to fill in for the hotter scotch bonnet, which appears to be what it’s doing here, too. Given that the Junior is only a slight tweak on his award winning Haitian Sensation. 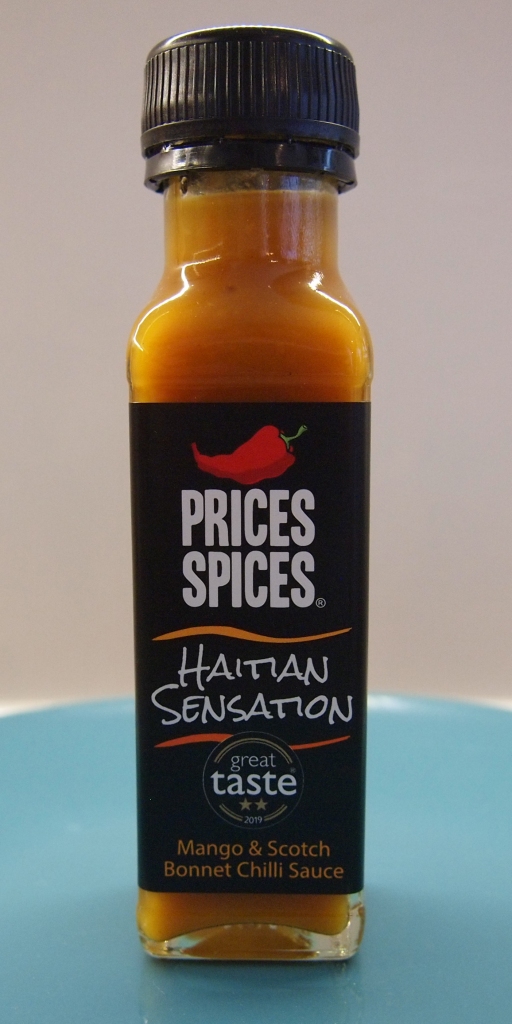 A product that’s been part of his line for rather longer.

So, with that being the case, I won’t be trying just one of the pair today. I’ll be giving both a go, starting with the original, to see how they compare. As well as giving my thoughts on each as a stand-alone sauce.

Though I doubt that they’ll be that different in flavour…

END_OF_DOCUMENT_TOKEN_TO_BE_REPLACED

Hey folks, it’s the last weekend of the month and, as always, that means that it’s recipe time. For july, though, I felt like going quite a bit hotter than usual and making something with trinidad scorpion.

Why? I’m honestly not sure.

Perhaps being cooped up indoors has got me craving some excitement in my life. Perhaps I’m in the mood for some fiery, acidic flavour. Or perhaps it was simply the desire to see a new number on my recipe page.

Whatever the case may be, I felt like half-arsing a phaal, this month. Making a simple, flavourful and at least semi-faithful recreation of a superhot, british curry, without all the effort involved in the real dish.

One which utilised my old shakshuka recipe as a starting point, in order to do away with the need for fresh ingredients and use only store cupboard essentials.

Well, so long as you, like me, consider indian spices and dried superhot chillies essential…

END_OF_DOCUMENT_TOKEN_TO_BE_REPLACED

Happy tuesday, fiery food fans! Last week was fiesta time with Saucey Lady and yesterday was a nice, relaxed birthday celebration for one of my relatives but today, we’re back to work in the Pepper Kitchen.

Yes, this week, we’re trying sauce from Pepper Kitchen – A three-man company from east london who put their own spin on a trinidadian family recipe. Or should I say spins?

After all, I don’t just have the one bottle from them: 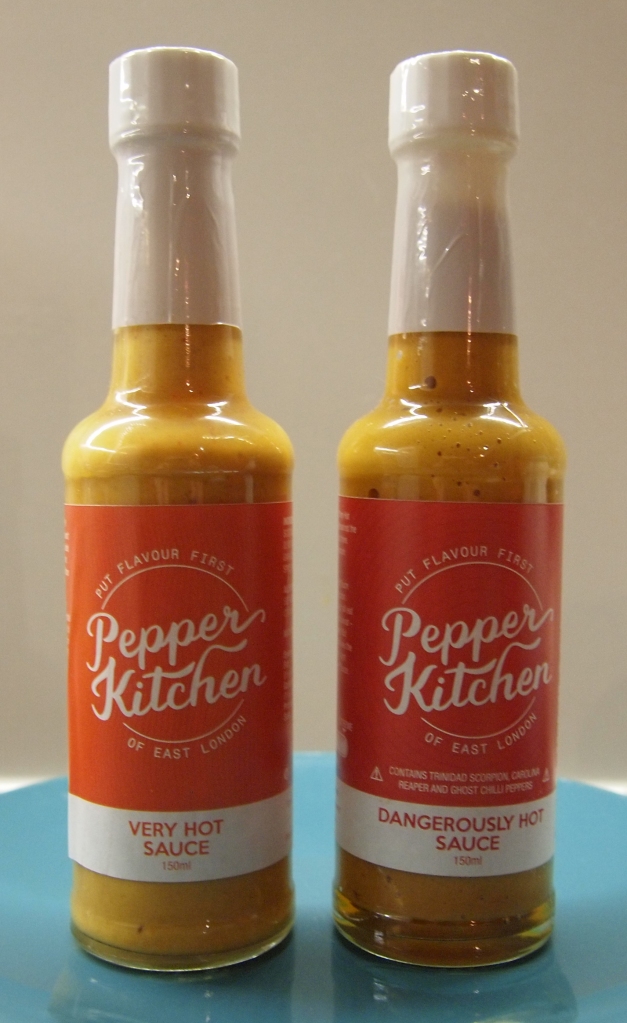 END_OF_DOCUMENT_TOKEN_TO_BE_REPLACED

So it’s been a long and busy week, at least for me, dear readers, but tuesday has finally found its way back around. Which means it’s time for another review.

Today’s piece features the last item in my backlog from Prices Spices and it does so for good reason. Just look at that jar: 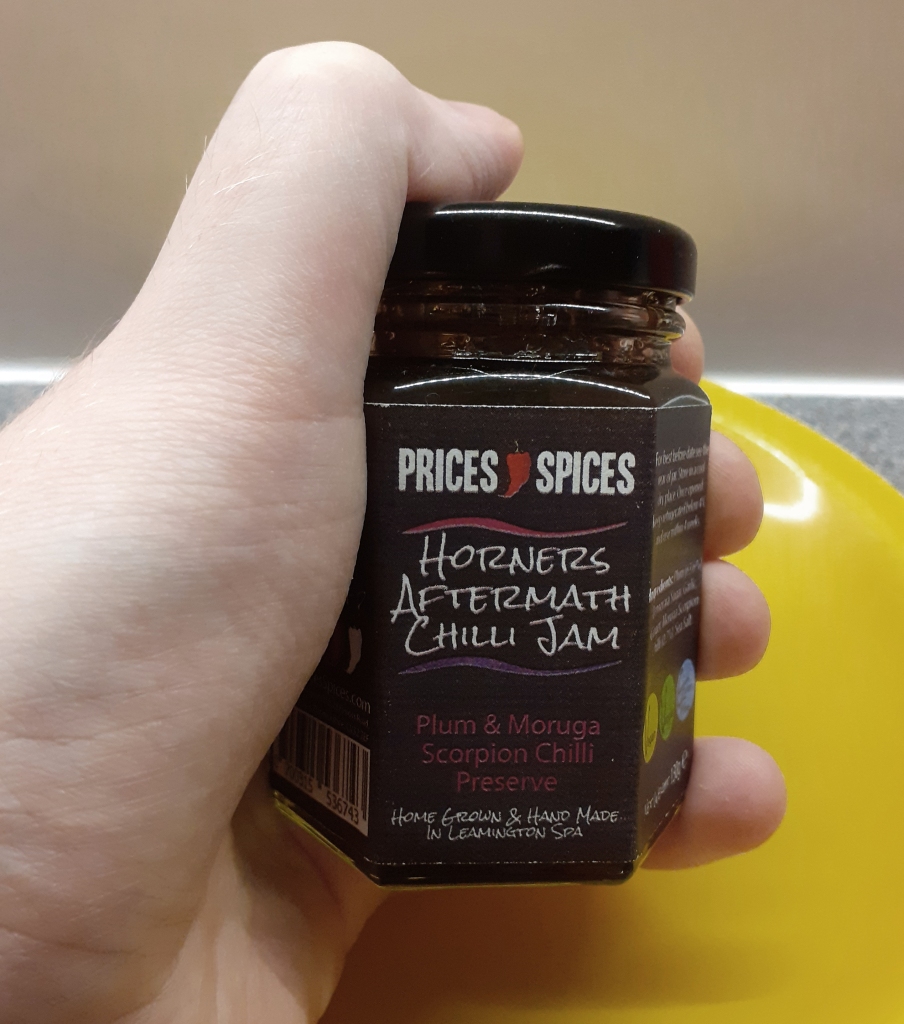 Sure, it looks small, dark and evil but it also says “Plum & Moruga Scorpion Chilli Preserve” in light, pinky-purple text. Text that, to me at least, implies dark red fruit used to create a rich yet vibrant, cranberry-esque jam for the christmas season. A jam that would be just perfect over equally flavourful roast meats and cheese that’s either tangy or pungent.

Sadly, this isn’t that product but, as december draws ever closer, I’m going to shine a spotlight on it, anyway, so that you can see what the Horners Aftermath Chilli Jam really is.

END_OF_DOCUMENT_TOKEN_TO_BE_REPLACED

G’day, folks, today we’re going down under to check out Matt Tangent’s other business.

Because, while he makes some fantastic Bang Bang Chilli Oil, his main passion appears to be his Aussie Hot Sauce. A company that deals exclusively in australian imports – Sauces that you couldn’t otherwise get in the UK.

On the menu for this week: Bunsters’ famously rude and to the point, twelve out of ten labelled sauce, and The Chilli Factory’s Scorpion Strike. Two serious hotties with quite the fan following.

Will they be worth the import costs? Read on to find out.

Assuming that you don’t mind the odd sweary label.

END_OF_DOCUMENT_TOKEN_TO_BE_REPLACED

Hey folks, it’s review day again and again we’re looking at Cowley’s Fine Foods but there’s a bit of a difference this time:

This is not their vegan jerky and it’s not in the same white-labelled clear plastic that I’ve come to expect from them. It’s their Exotic Jerky Trinidad Scorpion, wrapped in a rather fancier card sleeve, windowed so that you can still see the clear packet within.

END_OF_DOCUMENT_TOKEN_TO_BE_REPLACED

Another tuesday, another spicy review, this time coming to us from Saucey Lady.

I’m not starting mild, either. I’m starting out with what might just be her very hottest. Her Midnight Mischief. The one I chose to get in her lovely little skull bottle.

Yet, as I mentioned in my overview, it can come in any of the many containers that she has to offer. I simply chose to put her fruity scorpion sauce in a bottle that looked as deadly as it sounded.

As you can see from my header image and in some of my videos, the bottle has a definite place on my display shelf but I won’t be saying much more about it this week. I’ll just flash you its rear and get on with the review.

You know, since I already linked the overview where I go over the range and its packaging.

END_OF_DOCUMENT_TOKEN_TO_BE_REPLACED 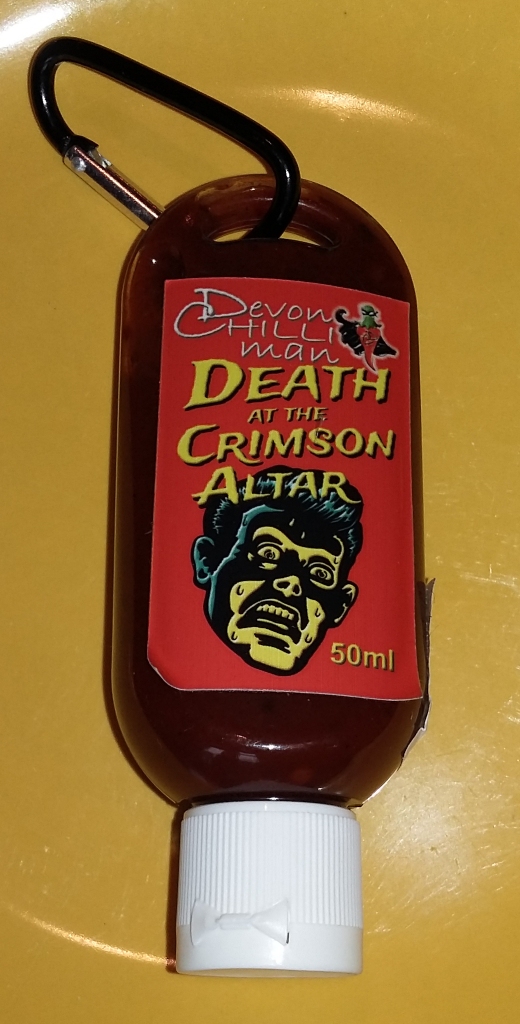 This time, it’s Death at the Crimson Altar – One of Devon Chilli Man’s hottest, shown here in its more portable, karabiner-adorned, mini bottle. Perfect for those who want hot sauce on the go, a sample size before committing to the full thing or simply something small for christmas.