Greetings again, fiery food fans. Today’s feature comes, at least in part, from one of you. So, if you’re reading this, Verminskyi, thanks for the suggestion!

But, that said, I didn’t want to bring you all just one product this week. I’m not just showcasing the requested Wiltshire Chilli Farm salt.

No, I’m pairing it with a second product from an equally well known brand. Another naga salt, similarly-spiked with peppercorns to enhance both heat and flavour. This week, we’re looking at The Chilli Jam Man, too: 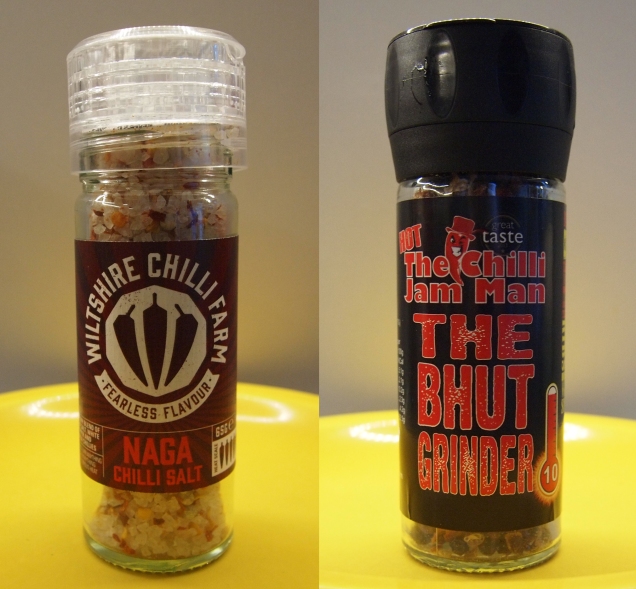 A second salt-based showdown to test Wiltshire’s “fearless flavour” oncemore and see how they fair against a more mainstream opponent.

Will their second salt knock it out of the park, like their milder chipotle sort, or will the Jam Man prove himself the fiercer rival? Read on to find out!

END_OF_DOCUMENT_TOKEN_TO_BE_REPLACED

Sup peeps. Earlier this week, we looked at some szechuan-style peanuts from Brighton Hot Stuff that I highly recommended using in a stir-fry.

I stand by that recommendation but, today, I’m going to add a caveat. They went really well into both noodle and rice-based stir-fries and they’d be just as good in a veg-heavy one but there’s a lesser known type of traditional stir-fry that I don’t see them working in. Potato Stir-fry.

Yep, you read that right. There’s a real chinese dish where they slice potatoes into ultra-fine strips and cook them like noodles. Albeit a touch more al denté.

I’m not going to lie, it’s super weird the first time you try it. It’s completely unlike any western form of spud. Yet keep going, for a few mouthfuls, and you’ll soon come to love it.

I discovered this dish at Xi’an Impressions, in london, on route to Challock Chilli Fest. I picked up a taste for it there that turned into a craving, during my recent brighton trip, but, unfortunately, I never made it back.

Instead, I’ve had to learn to cook shredded potato stir-fry myself. And now I’m going to teach you.

END_OF_DOCUMENT_TOKEN_TO_BE_REPLACED

Hey there everyone, it’s tuesday again and time for a little more in the way of hot stuff. Hot stuff that I picked up down at the Brighton Fiery Food Fest. 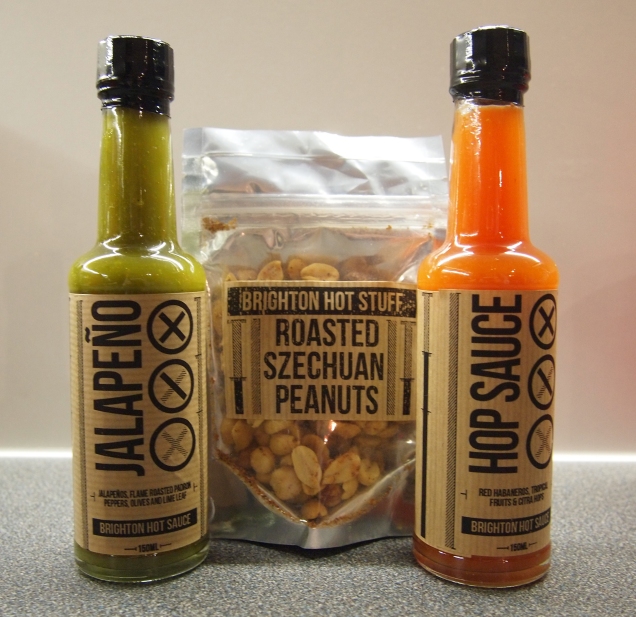 So what more apt name could today’s company have than “Brighton Hot Stuff”?

Now, personally, I do view it as a little uncreative but anything that these guys lacked in inspired naming was more than made up for by the sheer personality and passion that they had on-stall. They were one of the most engaging groups that I’ve ever come across at a festival and, even after the official closing time, there were non-stop crowds around them.

So, do their products live up to the hype? I’m going to take a look at three of them and find out.

END_OF_DOCUMENT_TOKEN_TO_BE_REPLACED

Welcome back to another Chilli Alchemist popping candy review. This time, the Melliculus Aji, a more citrusy and slightly hotter take on the idea.