Happy halloween everyone, this week we’re looking at what some might consider a true nightmare of a creature, the megalodon. 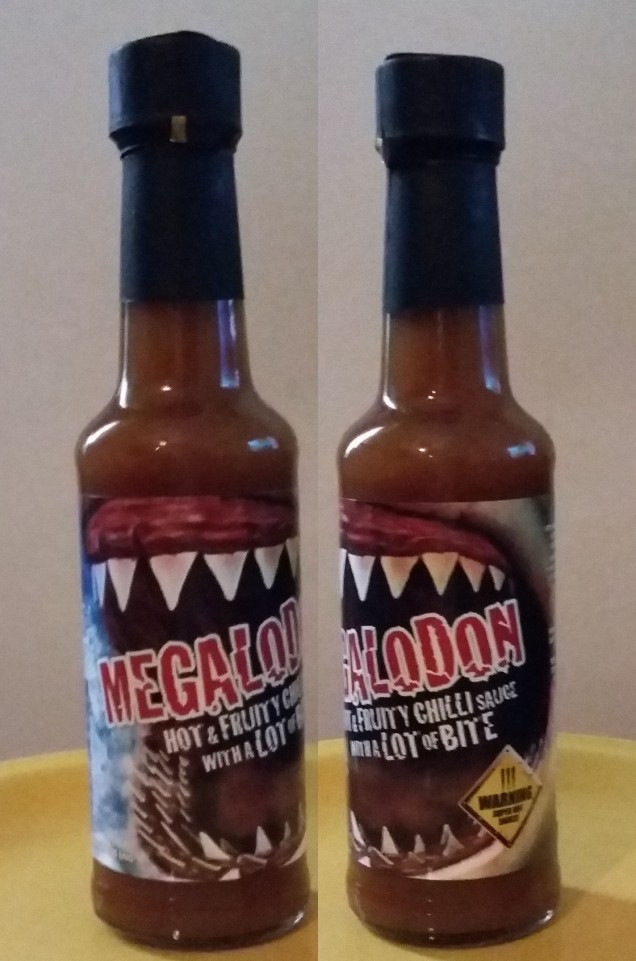 With its bold, cracked, red and white lettering between the jaws of that prehistoric super shark, this sauce looks fierce. Yet, while its claim of having “a LOT of BITE” proved true on camera, the product’s theming makes the warning seem almost humorous.

So it’s a good thing Upton Cheyney Chilli Farm reinforce the message with a classic black and yellow warning sign. One like you might see beside dangerous waters, though my own first thoughts with such objects will always be in the realms of mad science.

It’s a wonderful, bold design that definitely drives home the point – that this is a sauce to be careful with – without losing its identity or sense of fun in the process. And the added contrast of the light blue ocean spray that wraps around behind the ingredients list (just about visible on the left) is simply icing on the cake.

The megalodon’s label is almost perfect. The one thing I can find to criticise is that you can’t ever quite see the whole name at once. A bit of a problem if you want it as a collection piece or are trying to sell it in stores but a complete non-issue at more spread out market stalls or for its main audience: People who actually eat sauce this hot.

It’s not something that will bother most people but, having had to photograph it twice for this review, it’s something that I still feel obliged to bring up.

Aside from that, its an incredible design, which I’m sure has been enough to sell bottles of this beastie on numerous occasions.

But, besides the very occasional novelty item, I don’t buy my sauces for their looks. I buy them for the flavour and fire that they promise and no promise is truer than that made by a free sample.

I bought this bottle after trying the sauce at Reading Chilli Fest but received a second recently when I took a look at october’s Flaming Licks box.

I’ve tried it twice now so I know it’s a great sauce and, if you’ve been keeping up to date with my work, I’m sure you’ve heard as much. Today, however, I’m going into detail on why.

END_OF_DOCUMENT_TOKEN_TO_BE_REPLACED

Happy thursday, folks, today I’ve got another inedible review for you. 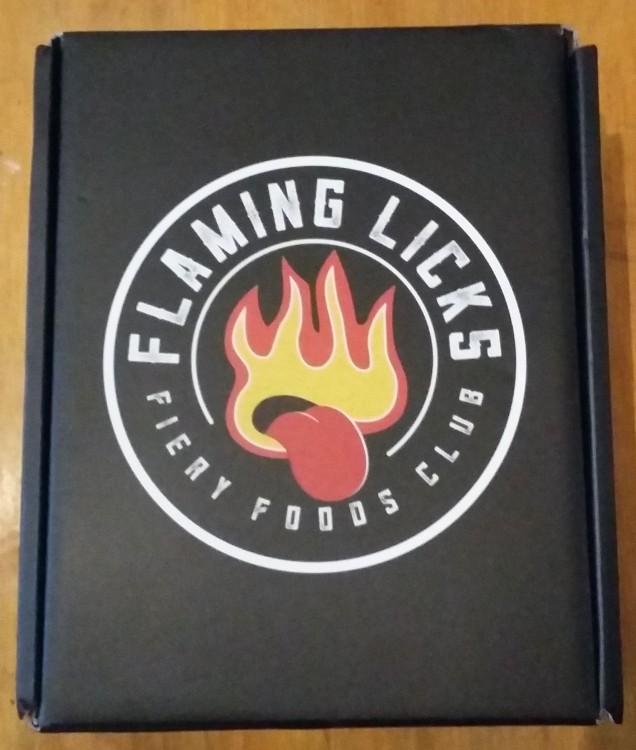 Just last week, I received a free goodie box from Flaming Licks, the hot sauce subscription service previously known as Lick My Dip*. I opened it on film and you can see my first reactions to all the items inside here.

But this post is a slightly more in depth look at the product that Flaming Licks provides. The box itself.