Hello again, everyone, it’s tuesday and, while we did recently look at a piña colada sauce, it wasn’t a new one. It was a re-review of an updated product.

So, today, I’d like to take a look at a couple of similar items that we haven’t seen before, from our old friends Dorset Chilli Shop and the Cornish Chilli Company: 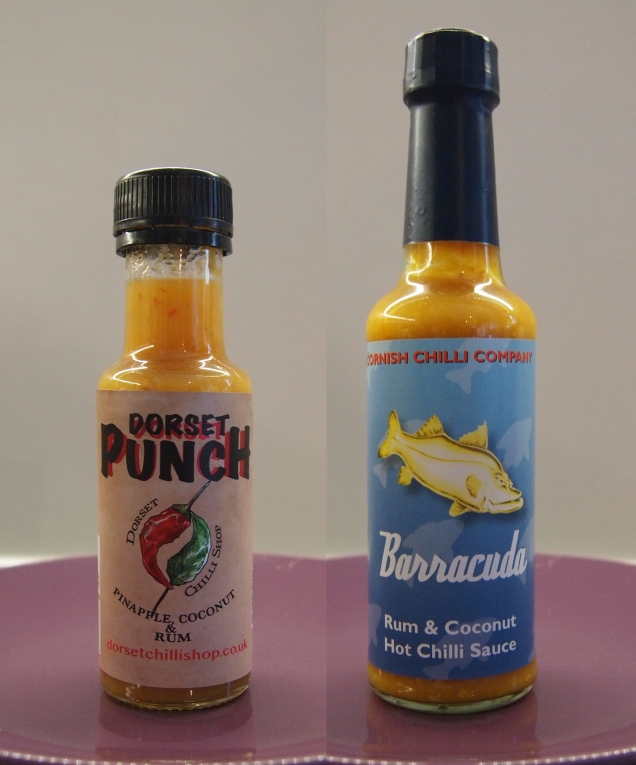 Both claiming caribbean influence – As one might expect of such pineapple, coconut and rum-based sauces – yet appearing quite different from one another.

Through the necks of their bottles, our view of the sauce is altered slightly by glass but we can still see that the Dorset punch is a rather paler, peachier shade than the earthy, golden-brown Barracuda. And its thinner, almost watery appearance shows a fair few pinkish-red chilli shreds that would be much harder to spot in the Cornish Chilli Co.’s creation.

I’m very curious to see how they’ll differ, outside of the bottle. Especially having seen their wildly different ingredients lists.

END_OF_DOCUMENT_TOKEN_TO_BE_REPLACED

Hey there heat eaters, I’m still working my way through 2017’s backlog of reviews so I’m sorry if I come off as a bit of a broken record with regards to Reading.

It was a great festival with searing heat, in more ways than one to tell the truth, but I survived the summer sun and made it back with some awesome finds. Perhaps even a few too many.

Yet, while they all stood out to me in one way or another, Dorset Meadows, from the chilli shop of the same location, stood out more than most. 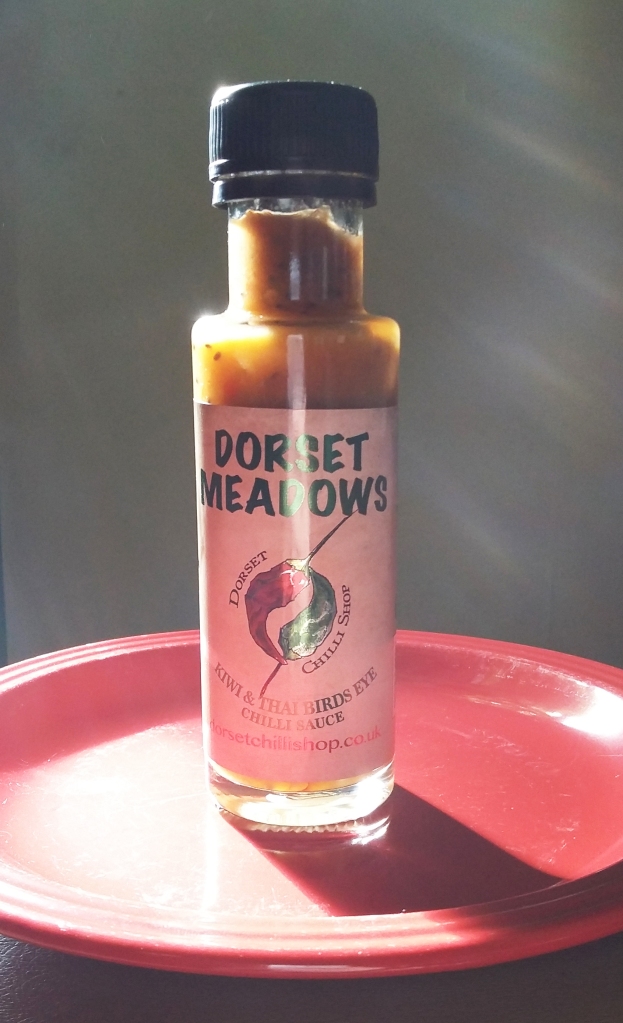 For a start, it was wrapped in a smooth foil label that really caught the sunlight on their stall but, beyond that, it also has some pretty unusual ingredients:

END_OF_DOCUMENT_TOKEN_TO_BE_REPLACED

Today it’s time for another weekend bonus recipe. A recipe that uses a little something I recently picked up from Dorset Chilli Shop.

Their Chilpōctli – A full flavoured chipotle extract that I’d highly recommend but that’s also so similar in heat and usage to Grim Reaper Foods’ milder extracts that it hardly warrants a full post.

item that, when used sparingly, adds a wonderful, rich, savoury, multi-layered chipotle taste to just about anything. Perfect for con carnes but also today’s dessert.

Because that’s what I’m using it for. Chocolate cake.