Hope you’re doing well, my fellow freaks. Today, we have something slightly novel. A sauce post on a sunday.

Why? Because it’s not a review but a look at the hot sauce making kit that Bunster’s kindly sent me back in january. And, more importantly, at what I made from it. 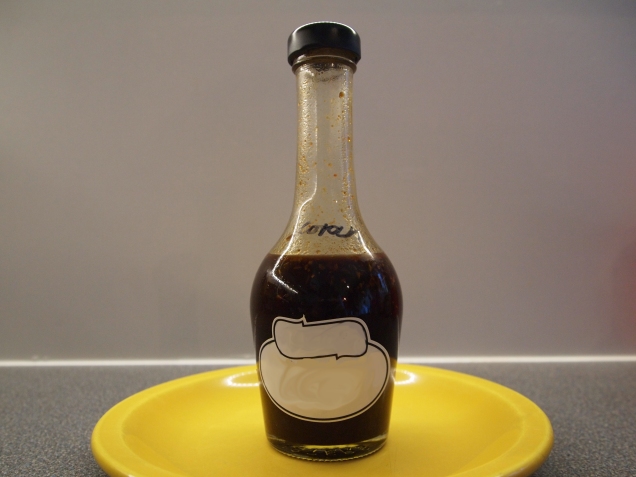 A certain bold-flavoured, crazy concoction that I whipped up to feed my friends in a blind taste taste. To see if they could decipher which of the six sauces from that kit was actually my own recipe.

I’m not going to say anything more specific on my front page, so as to let you play along with 📽️the video📽️, but, once you click that “Continue reading” button, it’s about to be full on spoiler territory. You have been warned!

So, what did I make? I made “Monika’s Black Lover” – A yeast extract-based hot sauce designed to show my wild side, whilst being believably australian and suited to one of Bunster’s own fantasy sauce names. Just so that the box couldn’t give the game away.

Yet my name for it isn’t quite the one on her box. I had to make a slight tweak to it, in order to match the name scheme of her five real recipes.

Monkey Boy Favourite, Jeromeo’s Luisiana, Mutard Sally Mustard, Jessie’s Stir-Fry and Beggy’s Curry-Rama were all the object of a specific person, while Monika Loves Black – The original name for this sauce – was more of a person’s abstract preference. So I swapped the words around to make things work.

Simple, really, and I’d like to keep it that way. There was no other motive for the naming of this sauce. I have no insight into anyone in Renae Bunster’s life, to whom it might refer, and I can assure you that I, myself, do not know anyone called Monika.

It’s just a silly name that plays well with the dark and passion-invoking flavour that my condiment utilises. Because, love it or hate it, almost everyone has a forcefully-held opinion on marmite and vegemite.

Don’t leave right away if you’re in the hate camp, though, because I was as well. Yeast extract was something that I despised, growing up, and I don’t think that I’ll ever be able to use it as a spread but Fire Foods introduced me to its use in cooking and today’s sauce allows me to enjoy it even more. As a pour-on, no less!

But, before I pat myself on the back any more with this extremely biased review of my own handiwork, I should probably get to the recipe. 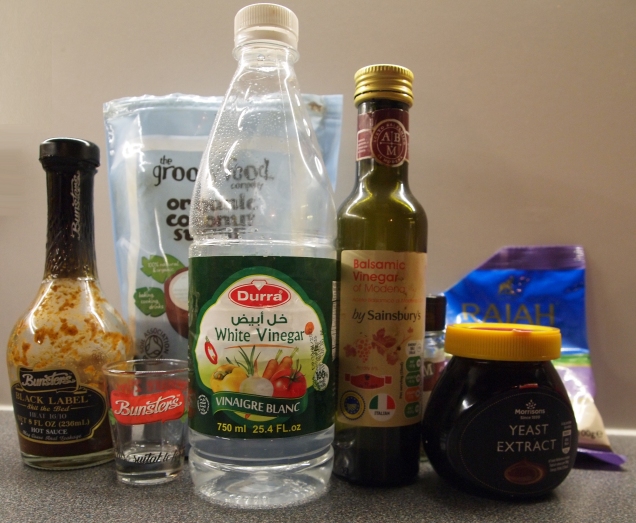 And a good shake. That’s it.

There’s no order to things, no need to whisk air into it and no need to cook anything. It uses entirely dried or preservative items as ingredients, like all of Bunster’s kit’s recipes, so you need only sterilise the bottle, spoons, shot glass and funnel first to keep it fresh, more or less forever.

And, to do that, something as simple as a dishwasher or five minutes in a hot oven should suffice. Anyone of any cooking ability could have an enjoyable sauce made up in moments.

Perhaps not one with fresh herbs or a heartier roasted garlic. Maybe one without too specific a chilli flavour. And possibly one that’s rather too thing, as my friends would tell you.

But one that’s bold, rich, umami-laden and dark, all the same. One that’s got a little fruitiness from what chilli it does have and a fair amount of grape tannin, hidden beneath that slightly salty, very yeasty, malty surface.

Add to that a pleasant tang and a tingling, spiky spice that slowly builds to what I’d call the bottom of a

and I’m really pleased with how it turned out.

It would go deliciously over darker meats, roasts, sausages and shepherd’s pie, add depth stirred into a bolognese, stew or con carne and maybe even see sparing use in something more oriental like stir-fry or a ramen broth.

The oregano doesn’t do a tonne for its taste but even it contributes, taking the edge off how overbearing Marmite and Vegemite can be with its otherwise almost unnoticeable green and herbal notes.

Which brings me to the one ingredient that’s even less noticeable: The coconut sugar.

This was used at Renae’s request and it was a nightmare to track down so, given that it goes untasted in the final sauce, you might be tempted to swap it out for caster. Trying even a single grain on its own, though, tells me that that’s a bad idea.

This coconut sugar is not a straight up replacement for a regular variety, contrary to the packaging’s claims, and it’s not another pretentious ingredient like pink salt.

This sugar is unprocessed, giving it flavour beyond just sweetness and molasses. It’s earthy, nutty, a tiny bit smoky and even very slightly bitter. It’s not quite as sweet as a purer, white sugar but it has a far more nuanced taste that is definitely going to influence what comes through in the sauce.

If you can’t find it, don’t use just any old sugar. Use an unrefined one. Use jaggery. Use something with flavour. It might make all the difference. But do use coconut, if you can, because it’s the most intricate sugar that I’ve tasted yet.

And, if I’ve still not convinced you to try out this sauce recipe, why not see what my friends had to say during 📽️our video📽️?