Howdy, peeps, it’s recipe day again and, while I don’t plan on doing this every week, I do have another mini one for you today. One that makes use of Mad Dog’s 25th Anniversary Gold Edition.

Why? Because something has to.

It’s a tasty sauce. A great blend of mellowed out reapers, scorpions and ghosts that even tastes rather mexican. It’s gentle on the palate but not even remotely gentle on the rest of the body. A brutal assault on one’s sense of heat at a freakin’ crazy

A heat that renders it inedible for all but the most hardcore of chilli lovers and was enough to send me and my friends loopy 📽️ with a single mozzarella stick 📽️.

So it should come as no surprise that I’ve barely touched my bottle since. I just don’t want that kind of mouth-hurting, mind-destroying challenge spice very often and my video reviews more than satiate any such need that I might have.

It is, therefore, about time I toned it down a bit. Made a secondary sauce out of it that’s only super hot, not beyond nature. Something that at least the crazy people, like me, might enjoy.

Here it is, my Mad Dog burger topper recipe.

Drops which should each, by the way, be about this big, compared to your teaspoon, once they’ve hit the bottom of your container and spread out a tad: 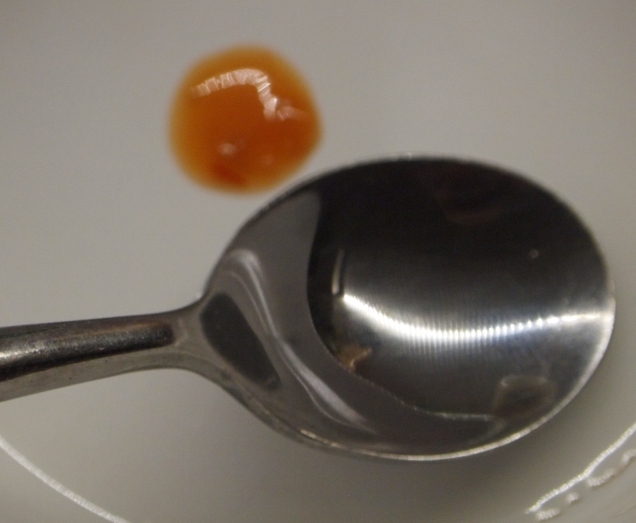 I would strongly advise that you pour them carefully and before doing anything else, so that you can scale up the recipe accordingly if something goes wrong.

Mix in your mayo and there’s the base of your burger topping sauce but it needs a little something extra. Some upfront spice to balance out its late,

and some spices to round out its flavour.

In this case, my local waitrose just happened to have fresh horseradish on offer. Don’t worry if you don’t. Powdered will work just as well to add that light yet earthy zing.

If you are using fresh horseradish, though, you’re going to have to skin and grate it.

And, likewise, my whole spices make for a little extra work in grinding.

Once any such prep-work is complete, though, everything is read and you can simply whip it all together with a spoon or fork. 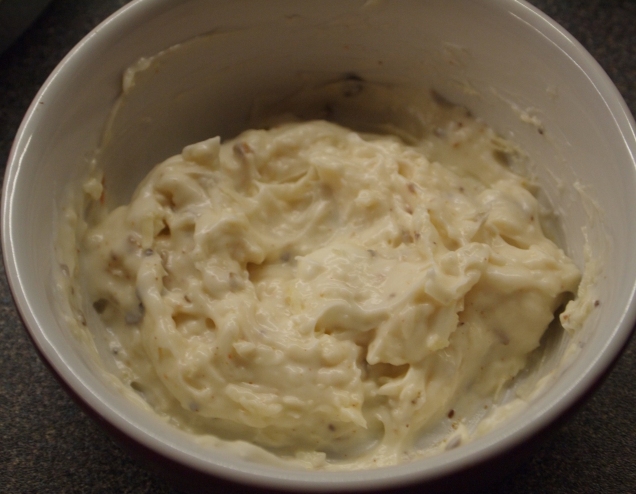 Place between your patty and bun, then plate up as you see fit. I, personally, would add a little lest to my meal next time, perhaps splitting the sauce between two small burgers, but here’s how mine turned out: 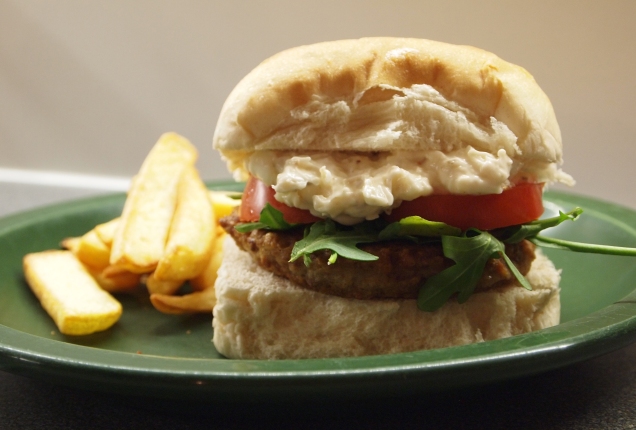 My recent camera upgrade making it as good to look at as it was to eat. Albeit a whole lot milder on the eyes.

It may not be beyond all sensible limits anymore but the resulting sauce still pushes the boundaries of my eight – A number that already far exceeds what most people are used to. This is, as I mentioned before, a recipe for those who are well accustomed to crazy heats. Not for the average casual chilli fan.

It paired well with the gentle, slightly acidic tomato and the peppery rocket leaves, though, its light hints of mexican Mad Dog flavour benefiting greatly from the equally mellow taste of the horse radish. As well as the two spices that Alton Brown recommended during his Hot Ones appearance.

But there’s a third spice that I think would improve this recipe even more: The rare “Grains of Paradise” peppercorns that I featured in my seven pepper tofu. Put a little extra effort in to dry fry some of them – Just for a minute or two – alongside the cumin and cloves and it’ll add yet another layer of earthy, nutty subtlety to round today’s concoction off completely.

It’s still not going to get me through this bottle any time soon, mind you, but it’s a start. A way to enjoy it with much less of the usual suffering.