It’s that time again, everyone. Time for my recipe of the month. And this month, I’m going to be using one of the peppers that I picked up in challock. 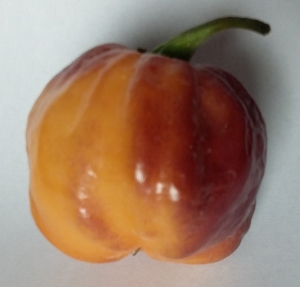 Why? Well, two reasons really. One, they’re starting to look a little old and wrinkly so I really do need to use up the last of them. And two, I was wanting to revisit this dish anyway and I thought that it would be the perfect fit for such a fruity chilli.

If, however, you don’t have access to the cereja roxa or its relatives, today’s curry will still work great with the scotch bonnet’s more savoury, earthy fruitiness. Just don’t expect it to have the same light and refreshing top notes.

Because, despite being a rather gentle flavour, this rare pepper really pulls its weight when cooked into my passion fruit dansak.

And yes, this is a dish that I’m rehashing but it’s one that you’ve never seen before. One that I first made for a shokugeki, prior to ever writing this blog.

It was formulated to showcase lentils as an ingredient, without sitting heavily on the stomach like a full on daal, and it was created to capture the hearts of vegetarian chilli lovers, without relying on overly rich additions like soy or black garlic.

It was a winner at the time but, with the light and refreshing quality of its new chilli and a few years worth of refined cooking techniques, today’s version is greater than it ever was before. I just know that you’ll love it.

To make this dish, you will need: 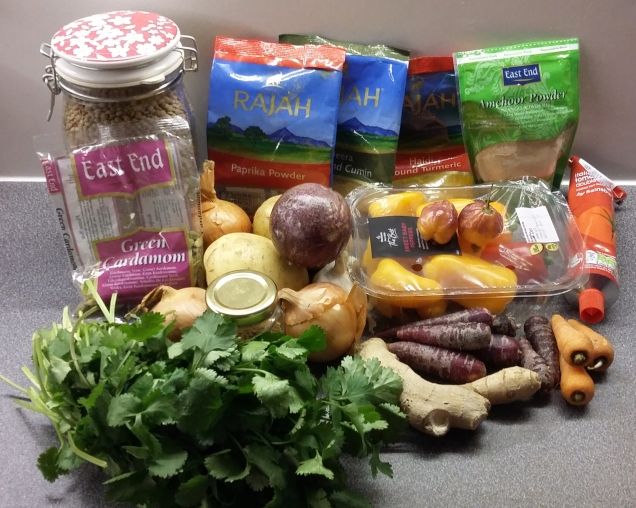 And a large handful of fresh coriander

A few of those aren’t pictured and I didn’t use the potatoes so, if you’re wondering why, it’s because I was tweaking the recipe a little as I went. Remember, I haven’t cooked it in a while.

Still, I wrote down everything I did as I went and it went like this:

Start by chopping the onions, ginger and garlic, ensuring that the last two are nice and fine. Nobody wants a straight mouthful of either.

Then blend together all of the spices besides the fresh chilli and coriander, using a pestle and mortar or similar grinding method. For the cardamom, many chefs dump the pods in whole but I prefer to crush them open and use only the seed. Ginger may be bad but there’s little worse in a curry than the mouthful of perfume that you get when biting into a whole pod by mistake.

It is, ultimately, all about the balance of the spices so we don’t really want any of them to take over.

Anyway, now that the spices and such a ready, we can begin the actual cooking process.

To do so, heat up the garlic and ginger in a pan using a little more oil than you think you need. Then, as that starts to sizzle, tip in the onions and spices and drop down to a medium flame. You’ll need that extra oil because the spices soak it up, I’m afraid.

Once everything’s taken up that wonderful, golden-brown colour from the spices, we can add the lentils, using just a smidgen more than enough water to cover them.

Bring that water up to a boil and then reduce the heat oncemore for a nice simmer, before putting a lid on the pan and letting it do its thing for the next twenty minutes.

Twenty minutes in which you can chop your carrots and chillies. Again, nice and fine to avoid surprise pockets of heat in your meal: 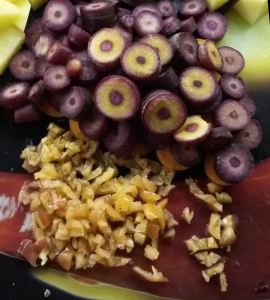 You may also want to chunk your tomatoes and pineapple at this stage, too, if they were canned whole and in rings. They are, after all, what we’ll be adding next.

So, when the lentils are getting soft, add the tomatoes, pineapple, carrots and chillies, as well as your teaspoon of tomato purée. Stir them in well and allow them to simmer with the lid off until the carrots are also softening – Approximately five more minutes.

Five minutes in which I found myself frantically slicing four of my half-sized heatless peppers to get them ready for the next bit. So perhaps I should have chopped them up alongside the other vegetables.

Regardless, though, they’re the last of the veg to go in and they need only five minutes, themselves, before we add the finishing touches – Our coriander, shredding in roughly by hand, and the entire contents of the passion fruit. Seeds and all.

Keep stirring so that they have time to cook into the dish and, after just ten more minutes, everything is ready to serve, with the freshness of the fruit and leaves very much in tact. 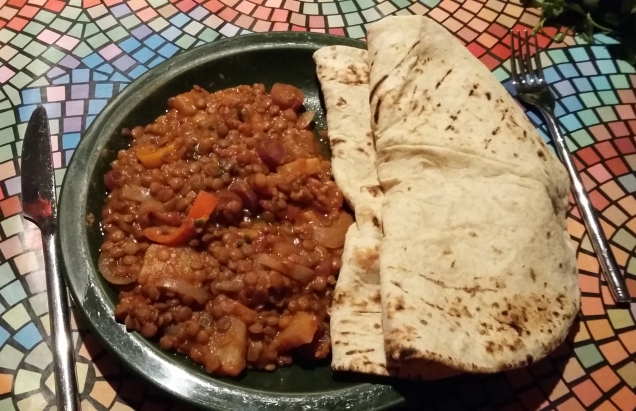 The end result is sweet and tart, with plenty of body to it, yet also light and refreshing as I mentioned at the start. And, as for its burn, it’s something of a late onset, low

A pleasant medium that warms the throat after the chilli’s almost cooling quality in the mouth.

It’s quite the unusual blend of sensations and one that, to the best of my knowledge, is unique to the cereja roxa*. It’s not cold, like mint, but more like the cool, refreshing hydration that you get from cucumber. A major oddity in any curry but one which definitely works for my extra light lentil dish.

I had high hopes from this rare and beautiful chilli and I knew that its fruity side would work well with today’s dish but it’s that unexpected element that shines through most and makes it spectacular.

By all means, cook this curry with scotch bonnets if you need to, it’ll still taste great, but I do highly recommend trying it out with this even more special specimen of spice-kind if you possibly can.

Again, I got my purple peppers from challock chilli fest but, if you’re quick about it, you can probably still get its organisers – Victoriana Nursery Gardens – to send you some.

And they’ve not paid me to say any of this, by the way, or given me any special treatment. I’m just very happy with their product. A chilli that I hope you’ll some day no longer need a specialist farm for. Since it deserves far more recognition than its lack of name has given it.

That’s all for today’s recipe but do tune in thursday, when I go over why I’ve named this pepper what I have. I’ve rambled too much for this single post already.

*Cereja roxa is my own name for a previously unnamed pepper in the beautiful, brazillian “roxa” family. I will be putting out a thursday post as to why I have chosen to name this chilli very shortly but, in the mean time, you can always read a bit more about it in my overview of Challock Chilli Fest. Prior to this name, it was only ever referred to as “CGN21500”.