It’s something special, too. An unusual type of sauce that I’ve been after since christmas 2016.

That year, I got a naff gift set containing green sriracha.

Yet the concept was a good one. I enjoyed that product, despite its poor quality, and have been looking for a better version ever since.

So, while my christmas post was a gift to a reader, today’s is a gift to myself. Taking a quick break from my backlog of freebies and festival finds to look at not one but two sauces that I’m highly excited for. 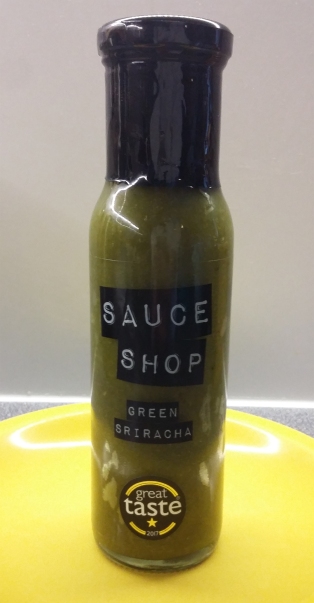 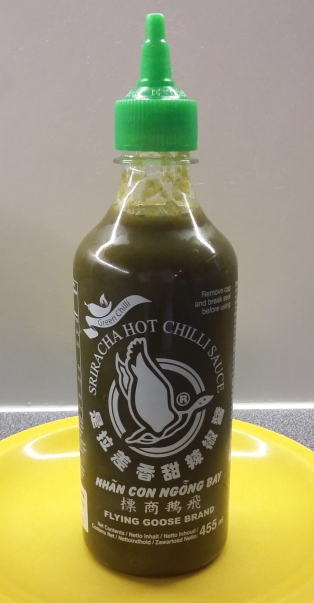 Hopefully they pique your interest as well.

The first of these comes to us from Sauce Shop. A company dedicated not to chilli but to high quality, all natural sauces of all varieties.

I came across these guys several months ago but, what really spurred me on was the emergence of a rival. Another green sriracha from none other than Flying Goose Brand.

Flying Goose are the opposite end of the spectrum here. They’re a mass market producer, focusing not only on chilli but almost entirely on sriracha.

They’re pretty mainstream but they aren’t quite your normal sriracha brand like Huy Fong.

They make over a dozen different flavours, ranging from the relatively normal extra hot or extra garlic versions to less usual ginger or lemongrass varieties and even that shocking vegan sriracha mayo we looked at ages back.

Flying Goose are the most daring supermarket sriracha brand I know, yet there’s been one common theme between them all. Until now.

Sriracha is, almost without fail, an aged red jalapeño sauce. Yet today’s duo contain none of that.

They both use the chilli green.

And they both take a similar approach to their packaging, too, with transparent and minimalist designs that let the look of the sauce speak for itself.

But, while Sauce Shop’s offering may look like it’s been lazily slapped on with a labelling machine, that couldn’t be further from the truth.

As the slight bubbles in its plastic give away, they’ve actually gone to the trouble of printing that design onto a clear plastic label, where the ingredients are clearly listed alongside a description of the sauce, their company and all their contact details on the back.

It’s a very basic design and not one that catches the eye but it doesn’t look sloppy, either. It’s professional enough not to reflect poorly on the company and clearly displays their substance over style ethos.

Whereas Flying Goose, being so much more widely available, don’t care about getting their sales direct.

Instead of publicising their website, facebook and twitter, they take a rather more in your face approach to brand recognition with their namesake animal in pure white silhouette, about as bold as can be, slap bang in the middle of the bottle. Surrounded by korean text so you know that it’s authentic.

While, actually, it’s the same, thicker, more sugary and westernised sort as Huy Fong, Uni Eagle and just about any other brand you’ll see in the UK. Not that there’s anything wrong with that.

And we can already see the difference between the two.

Sauce Shop’s was a short, easy to understand ingredients list, with far more specifics than it required.

Flying Goose’s, on the other hand, tells us nothing it doesn’t have to – Not even the type of pepper – and contains a long string of e-numbers that take quite some research to decipher. Here’s what they mean:

E621 is monosodium glutamate, or MSG for short – an umami boosting compound popular in asia that also raises blood pressure and isn’t great for you in larger quantities.

E260 is acetic acid, the functional ingredient in vinegar. Whether they do so naturally or use the extracted version like this one, almost all sauces will contain it.

E330 is citric acid, commonly found in fruit and veg. It provides at least some of their acidity and is generally considered good for you.

E415 is xanthan gum, a byproduct of fermenting sugars that happens to be great at preventing sauce from separating. I’ve seen some suggestion that it can be a mild irritant when consumed directly but it’s so good at what it does that it would turn this sauce to jelly if it had any significant amount in. It, too, is a common and harmless ingredient.

And E202 is potassium sorbate. A common preservative, also helpful in controlling the food ageing process, but one that actually may well have adverse effects if you try and use the whole bottle at once.

Used sensibly, however, this sauce should not pose any real concern but it’s still clear from a couple of those why the particularly health conscious may be pleased by Sauce Shop’s less artificial list.

Me, though, I’m still trying them both and, I’ve got to say, a little bit of naturally sourced xanthan gum would not go amiss in theirs. There is a distinct liquid component to it, made mostly of the vinegar, that tried to escape each time I attempted to pour my spoonful.

I managed to get it reasonably mixed in the end, though, and now I’m ready to taste test the two: 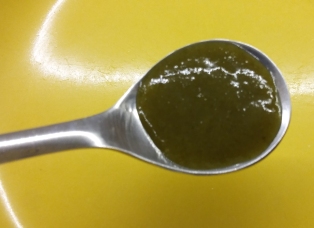 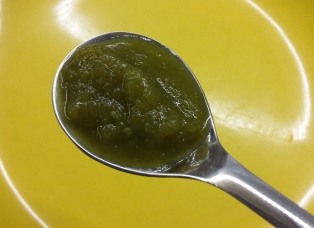 Both are bold and garlicky, just like any other sriracha, but they’re a little bit different when it comes to sweetness.

These sauces are sweet, what with them still having the same amount of added sugar, but they’re a little less so than their red counterparts. The green chillies themselves have not developed the natural sugars they get when fully ripened.

But, having also undergone an ageing process, they don’t seem to have that sharp, fresh aspect to them that you might expect, either.

Something that Sauce Shop attempt to rectify with their spices – Caraway and maybe coriander seed, if my tastebuds are correct.

Whilst Flying Goose go in a completely different direction, amplifying the earthy notes that both sauces’ peppers have picked up with its extra umami. Umami that comes, unfortunately, from nothing but the MSG.

Yet they don’t overdo it. It’s not enough to taste fake. Just enough to really ram home the fact that these chillies have undergone the proper ageing process for sriracha. To make it a richer sauce.

Both are great sauces but, while they share all the same base flavours, their secondary ingredients take them in rather different directions.

Flying Goose is more like the sriracha I know and love, while Sauce Shop really play up the change of colour.

Their product’s lighter, fresher taste is going to be the better for pairing with pizza, especially if you’ve already got plenty of umami from a peperoni topping, and it may even go with pasta.

For every other use, however, both should work just as well.

Both will stir into soups. Both with embolden your chicken wings. Both will make a gorgeous mayo dip. Both will go with eggs.

It’s all down to your personal preference.

And perhaps your heat tolerance as, while both have only a medium kick to them, Flying Goose’s version has a 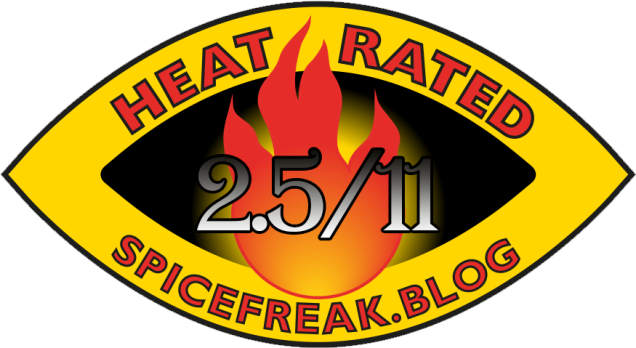 heat, a touch below their sriracha mayo, while its rival from Sauce Shop is well into my 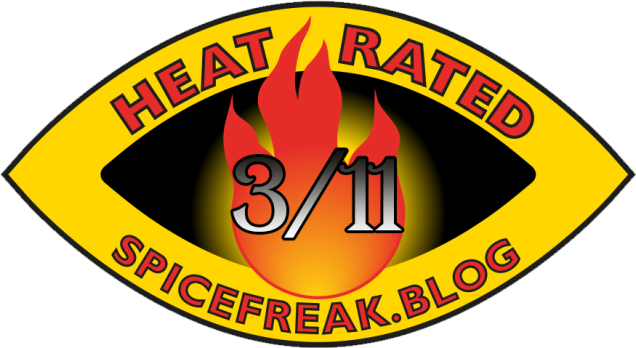 and very nearly qualifies as “hot”.

Personally, though, I’m pleased with both of these purchases and would be happy to recommend either.

In fact, since they’ve specially requested it, here’s a link to Sauce Shop’s actual sauce shop. I’d do the same for Flying Goose to be fair but they aren’t based in this country. You’d be better off checking your local supermarket or asian store.

8 thoughts on “The Early Bird”