Greetings, spice lovers, would you believe that I have yet another company to show you freebies from? 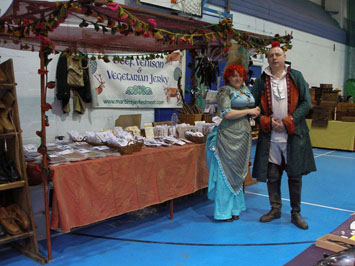 Cowley’s Fine Food, makers of all forms of jerky, fruit leathers and dried mushrooms, alongside other traditional products like marzipan and truffles.

I got in touch to ask about a particular chilli I wanted for an upcoming project. One that I couldn’t find anywhere else.

They couldn’t provide me with what I needed but they did send me a huge range of their vegan items to look at, so that I could showcase the side of their company not featured in Lick My Dip. As well as a couple of other things thrown in at my request.

I won’t show you what they’ve sent me just yet, partially to keep at least some semblance of surprise with my weekly reviews but mostly because the huge pile of white labelled packets would look a mess. I’d rather take the time to take individual pictures where the look of the product inside comes across more clearly.

That said, however, roughly half of the products I received will not be getting a post of their own. The company’s Absinthe Marzipan and Ale, Onion and Garlic Mushrooms may both have been mildly warming in their own way but neither focused on their spice content and nor did their fruit or Peanut Butter Truffle Balls.

I will say, though, that they were all great foodstuffs that have given me a good deal of confidence in the company.

The mild absinthe flavour of the marzipan paired surprisingly well with the almond-based confection and gave way to a good little hit of alcohol warmth without the harsh, volatile taste of strong spirits.

The mushrooms were rich and umami-laden, with the taste of soy sauce and crispy onions taking centre stage, only to give way to the garlic and the hints of ale and tingly black pepper thereafter.

And the fruit leathers were thin and crispy, yet really something I could sink my teeth into. Their texture was more jerky-like than most of the actual jerky I’ve had, let alone other dried fruit.

You can tell that Cowley’s Fine Food know what they’re doing just from these so I have faith that their actual chilli products will be just as wonderful.

Until then though, why not check them out? I already know that they’re great so I have no qualms when it comes to recommending them.