Welcome back everyone, and welcome to the new year. The chinese new year!

To celebrate, I’ve been doing some chinese cooking and can offer you not one, not two, but three versions of my favourite oriental dish:

Mapo Tofu. A dish that, despite its vegan-sounding name, is one of the most highly meaty-tasting main courses in china. Yet there’s actually only a very small amount meat in it.

You see, it hails from a time when meat wasn’t plentiful. When, in china at least, it simply wasn’t affordable enough for the general public. A time when the more easily grown and preserved chilli was the poor man’s go to for culinary excitement.

Yet, while their heat did a lot to satisfy the masses, chillies simply could provide the rich, savoury flavour of meat. The flavour now known as umami, one of the five that we get from our taste-buds instead of our nose.

But the glutamic acid that triggers the taste isn’t as exclusive to meat as some might think. In fact, most plants seem to have some small quantity of it.

Fresh or dried, it’s generally too little to taste but, by fermenting broad (fava) beans over the course of several years, you can produce such a concentrated paste that a single spoonful will give intense flavour to an entire dish. Combine that with tofu for texture and the ground offcuts of pork and you have a unique dish that provides massive flavour at a fraction of the cost of most meat-based meals.

The Mapo Tofu that, in the early 20th century, put the Szechuan city of Chengdu on the map.

For all three of my variant recipes, I will be using the same traditional fermented bean paste that has been used in Szechuan cuisine for roughly a hundred years, now packaged up and sold to the west by the online company Sous Chef: 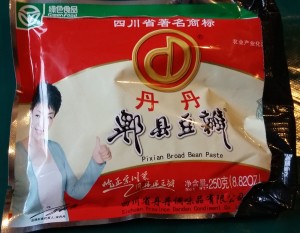 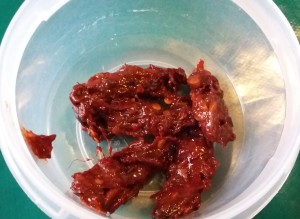 There are many knockoffs of this product found in chinese supermarkets that use soy beans and mimic the ageing process with MSG but, for the true taste of china, you need the real broad bean deal. And that site is the only place I’ve found it.

It is available with or without the chilli but, unless you prefer your food mild, it’s generally recommended to get it with.

So finally we come to the recipes. The three versions I have prepared for you are as follows:

All the intense flavours of Szechuan style cooking with a medium heat and no fancy tweaks.

A richer version based on my own first introduction to the dish. The flavour is excellent but the heat is extreme!

All the flavour with none of the meat and some added chinese heat.

Please click one of the above links and enjoy!